Her manuscript, an earth of sweetness dances in the vein, was a finalist in Ahsahta Press’ 2006 Sawtooth Poetry Contest; her manuscript Nights Reading was a finalist for the Elizabeth P. Braddock Prize (Coconut Books). An essay on Claudia Rankine’s The Provenance of Beauty: A South Bronx Travelogue appears in American Letters and Commentary. Reed guest edited the Dusie Ecopoethos Issue (#17). 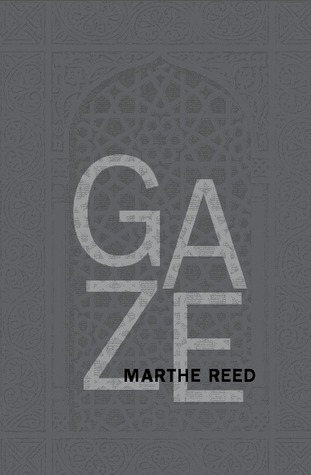 mathematics arose from the awakening of the human soul
–Malba Tahan

the work holds out a mirror

a diabolical, a magic square
the “repercussions of an enigma”

counting the narratives or courting desire
a space is opened

a body composed of arched vaults, of columns and galleries
lined by Ishtar’s lions

longing
a coda of strewn flowers

the exact number of terraces and roofs, matter and limitation
undone by fire

I inhabit the margin

GAZE is available through SPD.