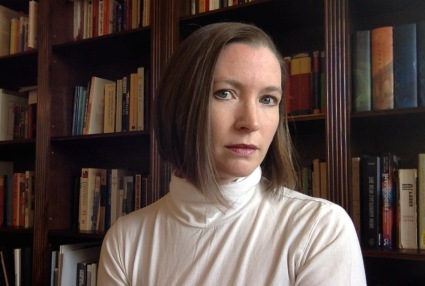 In a house without a roof is open to the stars, Mackenzie Carignan’s poems make their way into the reader’s consciousness by way of scrupulous perception. Carignan’s acuity creates a vision of the world that the reader trusts even as it proves itself strange, eccentric. “Spectacle and skeptical,” she writes, “they both come from a speck/a fleck/a flicker a sliver/of what we see.” Carignan holds the tension of perception and skepticism aloft keen intelligence. Intellect is augmented, however, by a depth of feeling that makes this book a project of consummate commitment and care. The world, fostered with such tenderness, resists fragmentation: “It seems like disassembly/but it is finally alignment.”—Elizabeth Robinson

In a house without a roof is open to the stars, Carignan’s star-spangled images and sentences “spur and flower into cunning disruptions.” Syntactical shrapnel penetrates her deceptively tidy assembly of language dioramas, which “scrape through you like a bizarre scissor,” while housing black pumpkins, blue lips, women who eat their own placentas, and a brother eaten by fire. Myth, desire, textuality, and wreckage underpin this dazzling debut as Carignan constructs a dizzying carousel of sorrow, singing, drowning, and longing. With exquisite skill, she transforms “out of ice, origami” and out of loss, this conjuring of brilliant poems. —Simone Muench